I’ve always been drawn in by music and poetry – at some point in my childhood I realized I could put the two together and make up new words for familiar melodies, or take poems and find ways to sing them, or even make up my own songs from scratch. Edgar A. Poe was one of my first collaborators. His collected works were my regular bedside reading; and I discovered in the metrics and meaning of his poem “Dream within a Dream” a natural waltz tune.

Being born in the early 50’s means I can remember a time before TV. Our family and friends would entertain ourselves by singing around the piano, which my father played quite well. Piano lessons were offered to me at an early age; but after a couple of years of formal training I found it more rewarding to play by ear and make my own discoveries at the keyboard.

As far back as I can remember I had a pair of drumsticks and tapped away on everything I could reach. I was gifted with my first drum set at age 12, and it wasn’t long before I was playing at Legion Halls and Square Dances with older musicians in a real country group

My high school years introduced me to a new circle of musicians and exposure to the first Beatle records. I would hurry home after school to play my drums along with “Twist and Shout” and ‘Please Please Me”. Then came “Happy Jack” by The Who. Hearing Keith Moon’s drumming for the first time made me realize there were more possibilties than Ringo demonstrated. Jimi Hendrix, Frank Zappa and Psychedelia continued to expand my musical horizons. In 1967 all types of music could be heard on AM radio. Frank Sinatra and the Kinks were played back-to back; and I eagerly absorbed it all, though I soon became cynical of the “bubble gum” groups, whose commercial pandering I found revolting.

Our teen-age rock bands rented halls and put on our own dances where we covered Rock and R+B standards mixed our own originals. We were learning the ropes by doing things our way. Authors such as Aldous Huxley and George Orwell came into the school curriculum. Even Leonard Cohen, whose song “Suzanne” I could sing and play on guitar, was in our Oxford Book of Modern English Poetry, along with WH Auden and EE Cummings. The world was ready for transformation in 1967; and we were more than ready for that.

In 1970 I graduated from High school and moved to a cooperatively run musical farm, to join a group of dedicated musicians (SPOTT FARM). We honed our skills with endless practice, paid for each other to study privately with the best teachers we could find, even if it meant an hour long drive into Kitchener once a week. We played for peanuts as a warm-up act to the name bands that came through from Toronto. We developed our craft of songwriting, arranging by listening closely, learning and performing the music we loved. We pooled our earnings, to buy new equipment and struggled along for years, subsisting on a meager diet of brown rice and whatever we could grow in our garden. Drink and drugs were not on the menu.

After 5 years of personal and professional growth we all went separate ways and I left the farm with my drums and one Shure microphone as return on my investment.

I moved on from the farm into the Black Swan Coffee House in 1975, home of the Perth County Conspiracy (does not exist) and continued my associations with Bob Burchill, Terry Jones, David Woodhead and Cedric Smith. These established artists had already borrowed me away from the farm to play on their respective recording projects. So I was launched into the eclectic world of Canadian Folk Festivals, to meet and play with Stan Rogers, Brent Titcomb , Noel Harrison, David Amram, Randy Raine Reusch, Pied Pear, Valdy, Bob Carpenter, Kelly Cavanagh, George Koumantaros, Raffi, and the cream of creative Canadian talent.

The contacts I made during that period have formed life-long friendships;and these connections continue to inspire and encourage me to follow this course. With Truth and Beauty as my guiding lights, I have followed my muse into many different fields, always eager to learn.  I’m immensely grateful that all the way along this path my efforts have been greeted with enthusiastic support and encouragement. Without that sense of confirmation I would never have braved the uncertainties of a life devoted to creativity.

So I always try to remember to extend praise and positive reinforcement whenever I find people doing work of quality in any field. Its easy to criticize and belittle the attempts of those less experienced than oneself; but appreciation truly makes things better.

I have determined that the best way to share my own work is to give everything away and trust that remuneration will come from those who appreciate my efforts. So for years now I have been posting my work on social network and file-sharing sites for free and accepting donations for compensation.

It’s the best way I know how to live.

Thank you for your time and kind attention. 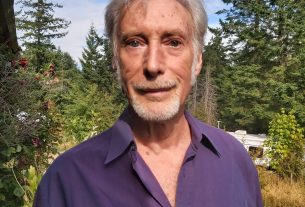 14 thoughts on “A Lifetime in Music”